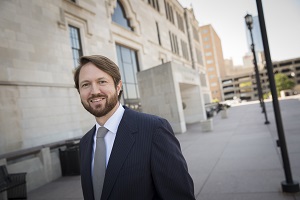 Lee Peoples, Associate Dean of Library and Technology & Frederick Charles Hicks Professor of Law
Education: B.A, M.L.I.S, and J.D. University of Oklahoma (semesters at Åarhus University, Denmark and Universiteit Utrecht, The Netherlands)
Contact: [email protected]
Background: Professor Peoples’ research and scholarship is focused on tort law and the intersection of law and technology. He has published articles, books, and book chapters on these topics. He served as the School of Law's Interim Dean for the 2018 academic year. He founded the School's Norick Municipal Law Research Clinic, the first of its kind in the nation.  He is a co-founding editor of the Legal Information and Technology eJournal and is an editorial board member of Legal Information Review. He teaches the Norick Municipal Law Research Clinic, advanced legal research classes and is a frequent lecturer in law school classes. Professor Peoples is active in professional organizations including the American Association of Law Libraries and Association of American Law Schools. He has served as president of the Mid-America Association of Law Libraries and the Mid-America Law Library Consortium. Professor Peoples is active in his local community and currently serves as President of the Midtown Association and vice-chair of the City of Oklahoma City's Urban Design Commission. He is a member of the Oklahoma City Business Improvement District Board and the Oklahoma Access to Justice Commission. Before joining the faculty, Professor Peoples practiced law in Oklahoma City. He is admitted to practice in the State of Oklahoma, Western District of Oklahoma, and Tenth Circuit Court of Appeals. 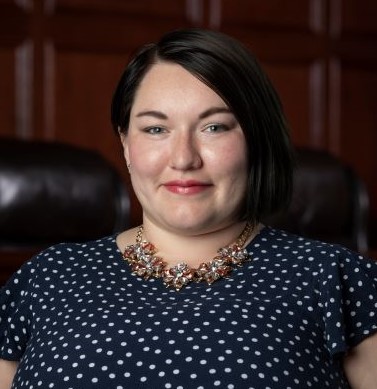 Katherine Witzig, Library and Administrative Assistant
Education: B.A. University of Central Oklahoma
Contact:   kdwitzig@okcu.edu
Background: Inspired by a love of knowledge, for both its intricacies and its valuable element of personal empowerment, Katherine has worked in both academic and public libraries in various capacities over the past ten years. Most recently, she worked as an Access Specialist II at the Metropolitan Library System's busy Edmond branch. While there, she graduated from the University of Central Oklahoma with a B.A. of English and a minor in Spanish. Her greatest joy is helping others use information resources to shape their own futures. 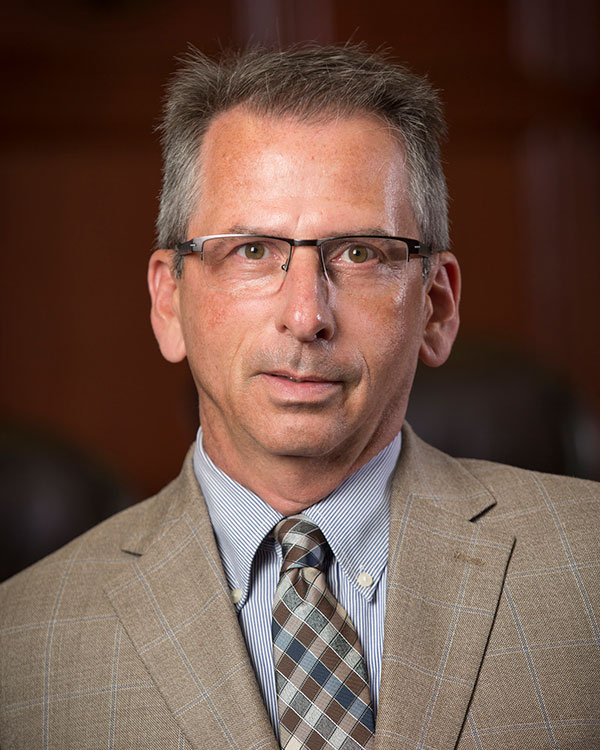 Le'Shawn R. Turner, Reference Librarian
Education: B.B.A. Langston University; J.D. Oklahoma City University School of Law; M.B.A. Oklahoma City University; M.L.I.S. University of North Texas
Contact:   [email protected]
Background: Le’Shawn is an adamant believer in making a well-informed decision; therefore, RESEARCH is vital. She worked at the Oklahoma Supreme Court for 13 years in several capacities including as a Staff Attorney and Contracts Manager in the AOC (Administrative Office of the Courts). Le’Shawn is a member of the American Library Association (ALA), the American Association of Law Libraries (AALL), Mid-American Association of Law Libraries (MAALL), Black Caucus of the American Library Association (BCALA), and the Oklahoma Bar Association (OBA). In her spare time she loves reading, watching movies, and spending time with her family. 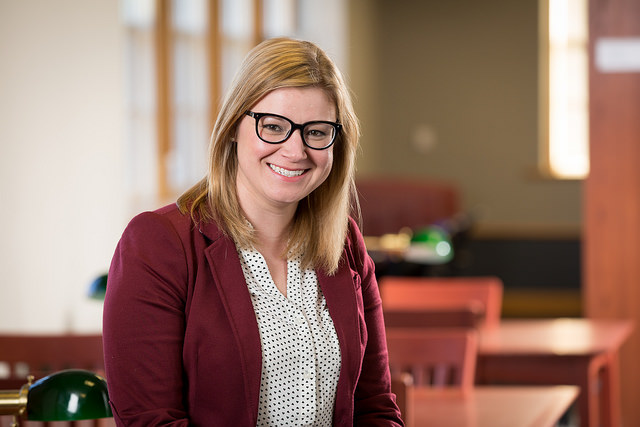 Susan Urban, Assistant Director for Access and Collection Services
Education:  Bachelors of Business Administration from the University of Central Oklahoma; M.L.I.S. from the University of Oklahoma
Contact:  [email protected]
Experience: Susan began working in libraries right here at the Oklahoma City University Law Library while obtaining her MLIS at the University of Oklahoma. Before coming back to OCU, she worked as a Reference Librarian in an academic setting and as a public librarian. Susan is a member of the Oklahoma Library Assocation, American Library Association, and the Mid-America Association of Law Libraries.
Syd Stephenson, Electronic Resources & Systems Librarian 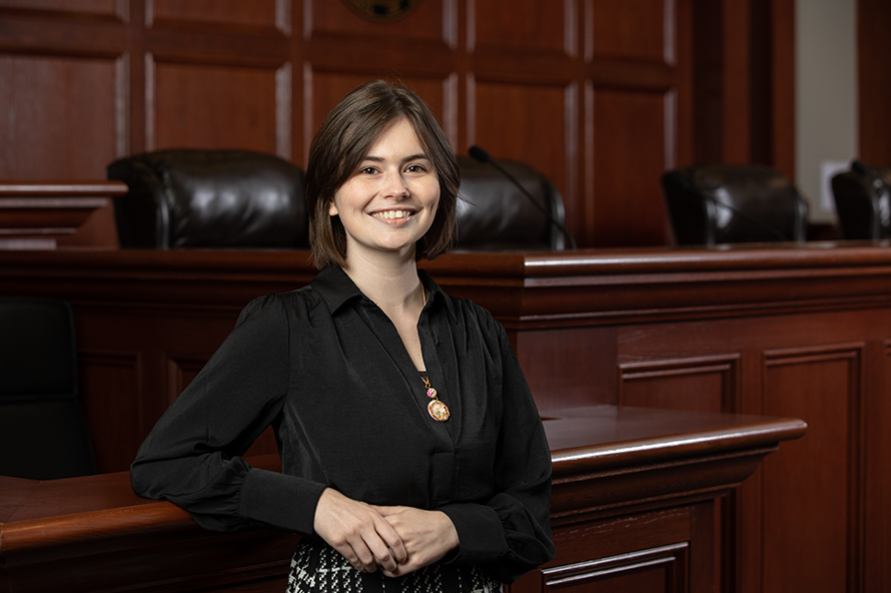 Background: Syd began their library career in 2018 as a student employee at Bizzell Memorial Library, located on the University of Oklahoma’s Norman campus. Before joining Oklahoma City University's staff, Syd worked as a Librarian at the Oklahoma Transportation Library. In 2022, Syd earned their MLIS degree and joined the Chickasaw Nation Law Library at Oklahoma City University School of Law. They are an active member of the Oklahoma Library Association, Special Libraries Association, American Library Association, and the American Association of Law Libraries. Syd’s research interests include open access, open educational resources, accessibility, technology, and data ethics. 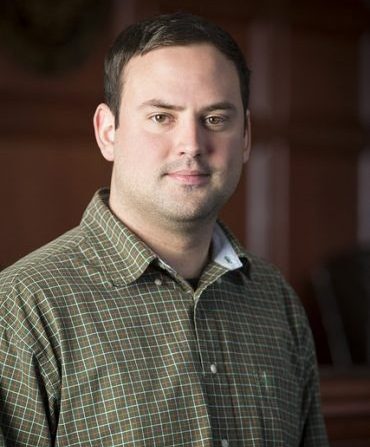 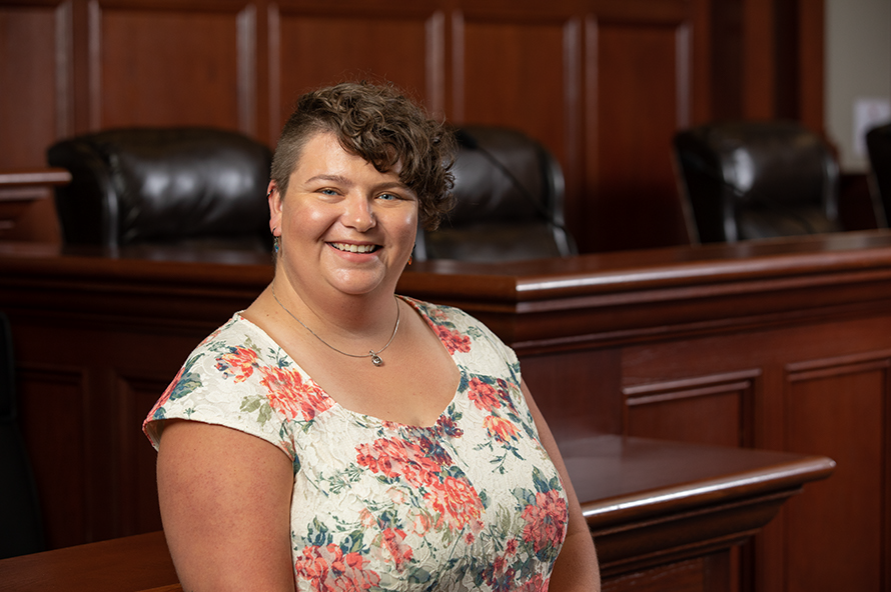 Skyler has worked for over 10 years in libraries, starting during her undergraduate degree. She has worked at USAO library, Oklahoma State University library, the University of Oklahoma's Health Science Center library, and Midwest City High School library before coming to the OCU Law Library. 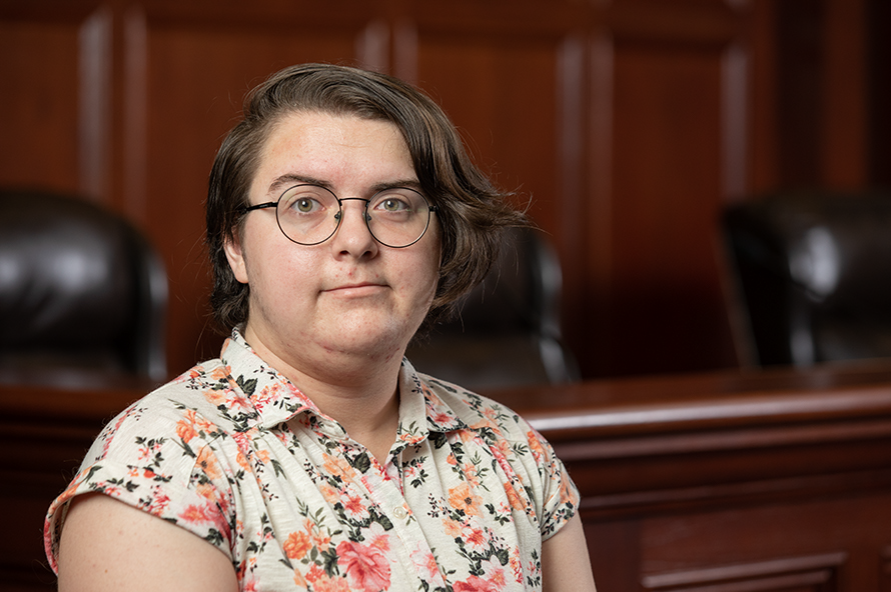 Ashton has been working in libraries since 2018, starting as a student at SWOSU's Al Harris Library. Following graduation in 2021, he took a job as an assistant in an elementary library at Oklahoma City Public Schools. He has been with OCU at the Chickasaw Nation Law Library since May 2022.