In 2017-2018 Law Students created 2,567 reservations for a total of 7,966 hours in the seven study rooms the library manages in the Harvey Building. This indicates a slight increase of last year’s 2,362 reservations for 7,400 hours. The Law Library first began reserving study rooms in the Harvey building in 2015. Usage has steadily risen, while the average length of a booking has remained constant at approximately three hours. For the 2018-2019, the Law Library has added two additional study rooms for students to reserve for group study, which brings the total to nine rooms. 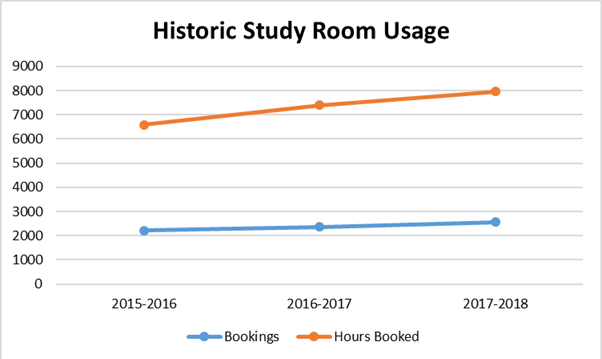