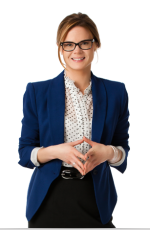 Prior to working at Dunlap Codding, Ms. Lauderback clerked for Justice Bill Meier at the Second Court of Appeals of Texas in Fort Worth and served as a research assistant for Dean Laurie Jones at the Oklahoma City University School of Law. She served as a Youth Service Corps Coordinator at the Ghost Ranch Conference Center in Abiquiu, New Mexico, and as a Felony Prosecutor Assistant and Public Relations Intern at the District Attorney’s Office in Palestine, Texas. 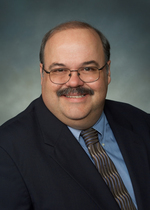 Jim Calloway is the Director of the Oklahoma Bar Association Management Assistance Program. He received his Juris Doctorate from the University of Oklahoma, where he was named to the Oklahoma Law Review. He publishes the award-winning law blog Jim Calloway’s Law Practice Tips at http://jimcalloway.typepad.com and has served as co-author of three American Bar Association books on law practice management: How Good Lawyers Survive Bad Times (with Ross Kodner and Sharon Nelson) and Winning Alternatives to the Billable Hour: Strategies That Work, Second and Third Editions (with Mark Robertson).

Mr. Calloway also produces, with Sharon Nelson, the monthly podcast, The Digital Edge: Lawyers and Technology.  This monthly podcast covers a number of legal technology issues and can be downloaded from  http://tinyurl.com/DigitalEdgePodcast or from iTunes.

Mr. Calloway is a member of the American Bar Association where he served as chair of the ABA TECHSHOW  2005 Board. He writes a column on practice management for Lawyers USA and writes a column on websites called  Sites for Sore Eyes that appears alternately in the GPSolo Magazine and the GPSolo Technology eReport. He also co-chaired the first two GP/Solo National Solo and Small Firm Conferences: October, 2006 in Milwaukee and October, 2007 in Philadelphia. He is an active member of the ABA Law Practice Management Section, has served on numerous section committees and previously served for six years on the ABA LPM Section Council. He is a member of the LPM section’s Law Practice magazine editorial board and writes the Practice Management Advice column for that magazine. He is also an active member of the ABA’s General Practice, Solo and Small Firm Division, where he serves on the Technology committee and Technology & Practice Guide Editorial Board.

He has made hundreds of presentations on law office management, legal technology, ethics and legal business operations and has been inducted as a Fellow of the College of Law Practice Management.

As a part of his duties with the OBA, he designed and now manages the OBA-NET, the official online service of the Oklahoma Bar Association, and manages the annual OBA Solo and Small Firm Conference.

His weblog, Jim Calloway’s Law Practice Tips was named one of the top 100 “Websites for Lawyers by Lawyers” by the ABA Journal magazine in its Blawg 100 in 2007 and 2008, and was awarded the 2005 Technolawyer @ Award for Favorite Practice Management Blog. He also publishes, through his employer, the Starting a Law Practice Web Directory, available online at http://www.okbar.org/members/MAP/StartingALawPractice.aspx.

In addition to the three American Bar Association books he co-authored, he was the author of chapters in the ABA books Effectively Staffing Your Law Firm (2009), Flying Solo, 4th Edition (2005) and Flying Solo, 3rd Edition (2001).

Mr. Calloway has been a featured speaker at numerous events including the American Bar Association Annual or Midyear Meetings from 1999 through 2013, ABA TECHSHOW 2000-2007 and 2009-2013, LegalTech Toronto and Dallas 2000, Pacific Legal Tech 2006, ACLEA annual meetings in 2006 and 2012 and LegalTech New York 2006. He has done presentations for the National Association of Bar Executives and the National Council of Bar Presidents at their annual meetings. He has also spoken at state bar association meetings and seminars for the Colorado, Columbus (OH), Georgia, Indiana, Iowa, Kansas City, Louisiana, Maryland, Michigan, Mississippi, Missouri, Nebraska, New Mexico, New York, North Carolina, Ohio, Texas, South Carolina, Utah, Washington and Wisconsin bar associations, as well as conferences of the Virginia Trial Lawyers Association, the Law Society of Upper Canada, the Association of Legal Administrators, the International Association of Collaborative Professionals, the Association of Immigration Lawyers of America and other organizations. His articles have been published in Lawyers USA, Law Practice magazine, Law Practice Today, Law Technology Today, Legal Management, Law Technology News, LLRX.com and GPSolo magazine, as well as many state and local bar association publications.

Mr. Calloway is also a member of the National Association of Bar Executives where he has chaired its Website Committee, Knowledge Management Committee and Member Services Forum.

Before taking his present position with the OBA, he was in private practice for approximately sixteen years in south Oklahoma City and Norman, Oklahoma. He is a former President of the Cleveland County (Oklahoma) Bar Association.

Many of his published articles in the Oklahoma Bar Journal are available for free online at http://www.okbar.org/members/map/articleindex.htm.

Lee Peoples, Law Library Director and Professor at the School of Law, will be moderating the panel. Professor Peoples’ research and scholarship is focused on comparative law and on the impact of technology on legal research, the judiciary, and the law.  He has published articles, books, and book chapters on these topics. He is co-founding editor of the Legal Information and Technology eJournal on SSRN.  He teaches advanced legal research classes and is a frequent lecturer in law school classes. Professor Peoples is active in professional organizations including the American Association of Law Libraries and Association of American Law Schools. He is vice president of the Mid-America Law Library Consortium.

He served as the Director of International Programs for the School of Law from 2007-2010. In that position he developed the innovative Certificate in American Law Program. Prior to his appointment as Law Library Director in 2010 he served as Associate Director, Associate Director for Faculty and Research Services, and Head of Reference Services.  Before joining the faculty Professor Peoples practiced law in Oklahoma City. He is admitted to practice in the State of Oklahoma, Western District of Oklahoma, and Tenth Circuit Court of Appeals.