Criminal Law and Procedure: Getting Started

If you are not familiar with the topic, you may find that a research guide is a useful tool to assist you with your research.

You should review the date the research guide was last updated. Using a research guides updated in the last year will help ensure you are relying on current information. However, if you are conducting historical research, an older guide may be helpful.

Some of the most popular and useful guides include:

The CrimProf Blog provides up-to-date news about developments in the area of criminal law.

Stages in a Criminal Trial 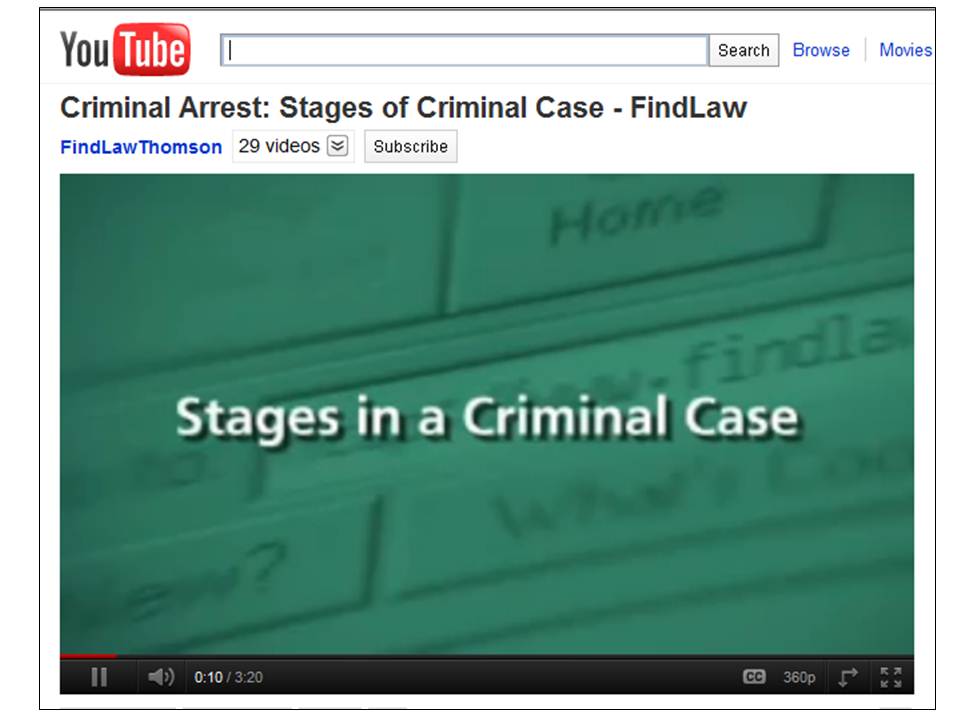 The Model Penal Code, State Systems, and The Common Law

Criminal law has evolved over time to what we have today. This evolution, while going back to the beginning of civilization, can best be tied to the common law. Under the common law, the courts believed in finding and applying what they thought to be the "natural law" as developed by society's customary understandings of what the law should be. During much of the common law era, few statutes existed detailing out what was or was not a civil or criminal offense. Instead, the courts determined the law as they believed it existed naturally. As we entered into the industrial era, a paradigm shift in legal theory began. The centuries old common law system began to give way to statutes and regulations. By the early-middle of the 20th century, statutory law had become the dominant system in the United States. This is not to say the common law was completely eradicated. The concepts and practices of the common law persist to this day in state courts. This is especially true in civil cases regarding tort actions. Today, we are left with a hybrid system composed of both extensive statutory law and common law. While this topic has been the subject of much scholarly discussion, this gloss will suffice to establish a background understanding.

Model Penal Code (MPC) and State Systems. The MPC was developed by the American Law Institute (ALI) in 1962 in an effort to update the criminal law and promote uniformity throughout the states. Each state is capable of creating and enforcing its own criminal laws so long as such laws do not violate the U.S. Constitution (e.g., Due Process, Ex Post Facto clause, etc...). This independence, combined with differing regional cultures, local histories, and political views, lead to a widening divergence between jurisdictions regarding the development of the criminal law. The MPC, while not mandatory, has served as a "model" to states and promoted uniformity. Today, many states' criminal laws largely mirror or draw heavily from the MPC.

Common Law. For the first part of United State's history, it and its component states applied the common law offenses they inherited from England. Beginning in the late 1800's, and definitely by the early 1900's, the criminal common law began to fade from the spotlight. In United States v. Hudson and Goodwin, 11 U.S. 32 (1812), the U.S. Supreme Court held, regarding federal courts, "... Courts no doubt possess powers not immediately derived from statute; but all exercise of criminal jurisdiction in common law cases we are of opinion is not within their implied powers." Id. at 34. Additionally, many states have passed statutes specifically abrogating criminal common law offenses. In contrast, some states have found the criminal common law in full effect except where abrogated by statute. Commonwealth v. Mochan, 177 Pa. Super. 454, 110 A.2d 788 (1955) (where the court affirmed the conviction of a criminal common law offense, stating "In a number of States and especially in the common law State of Pennsylvania the common law of England, as to crimes, is in force except in so far as it has been abrogated by statute"). However, due to the evolution and application of Due Process concepts, "void for vagueness" challenges, and other political and public policy concerns, the use of criminal common law offenses has come to an end. Despite the end of common law offenses, other doctrines such as the "year and a day rule" continue to serve important functions in many courts. Today, courts have been relatively free to either apply or decline to apply such doctrines (subject to state law). See Rogers v. Tennessee, 532 U.S. 451, 121 S.Ct. 1693, 149 L.Ed.2d 697 (2001) (where the Court discussed and affirmed the Tennessee court's declining to apply the common law "year and a day rule" - the court also discussed Due Process and Ex Post Facto concerns raised by the application or failure to apply common law doctrines in criminal cases).