The Federal Rulemaking Process
The process of creating and enacting federal regulations is generally referred to as the “rulemaking” process. Congress passes a law designed to address a need or problem. The appropriate regulatory agency then creates regulations necessary to implement the law. For example, the Food and Drug Administration creates its regulations under the authority of the Food Drug and Cosmetics Act, the Controlled Substances Act, and other legislation. These acts are known as "enabling legislation," because the legislation enables the regulatory agencies to create the regulations required to administer and enforce the acts.

Regulatory agencies create regulations according to rules and processes defined by another law known as the Administrative Procedure Act (APA), 5 U.S.C. 500 et. seq.

Under the APA, the agencies must publish all proposed new regulations in the Federal Register at least 30 days before they take effect, and they must provide a way for interested parties to comment, offer amendments, or to object to the regulation.

Once a regulation takes effect, it becomes a "final rule" and is printed in the Federal Register, the Code of Federal Regulations (CFR), and usually posted on the website of the regulatory agency. 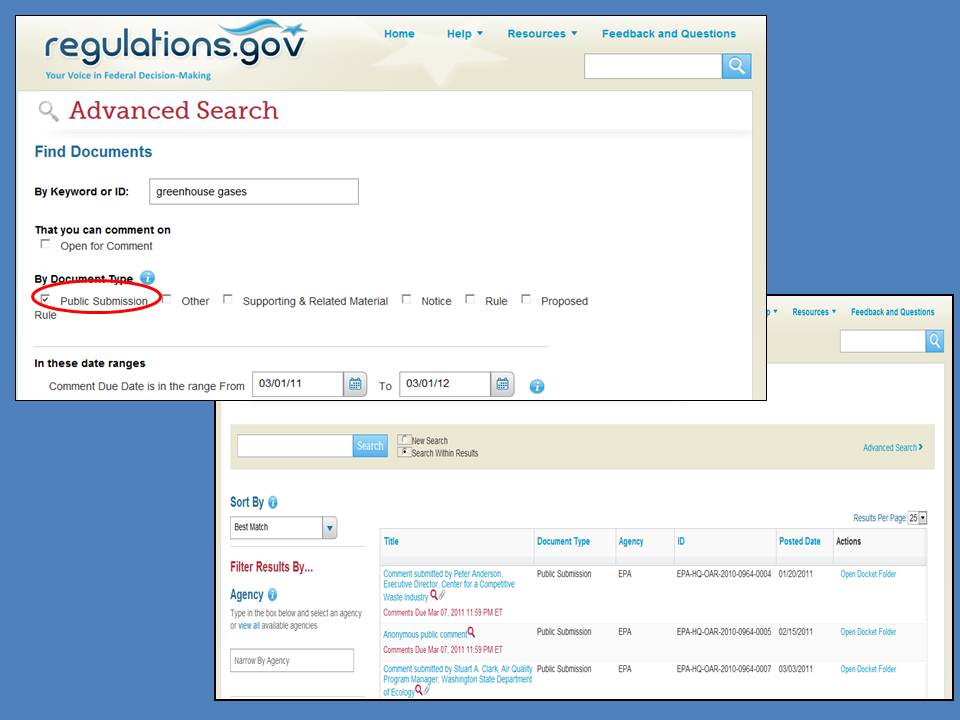 Regulations.gov may be used to:

Agency websites may also serve as a resource for public comment. 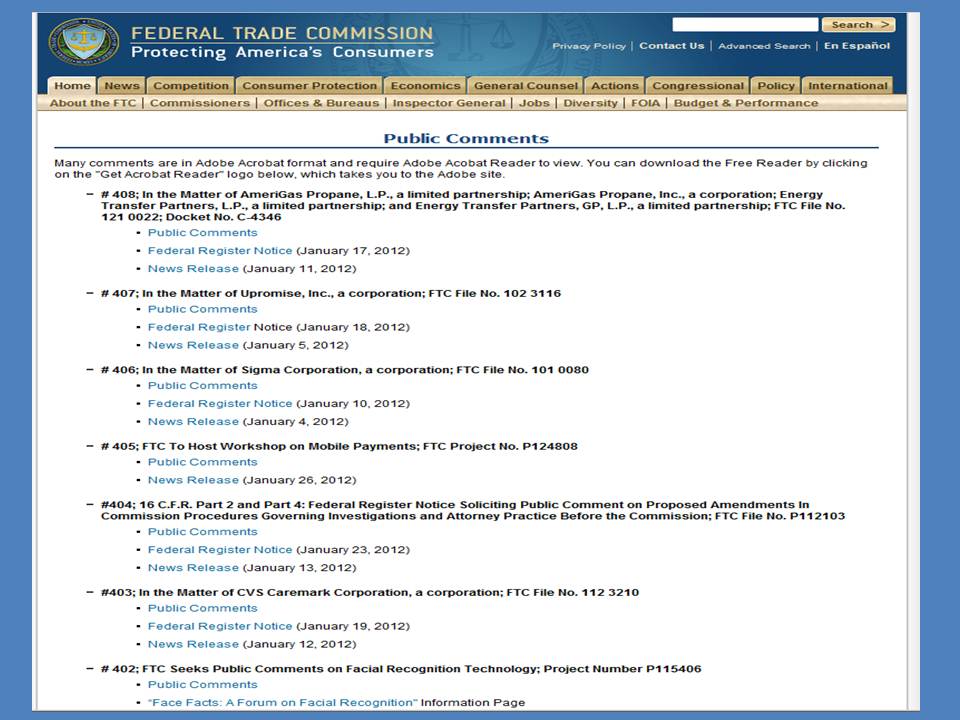