The Violence Against Women Act, created in 1994, provided $1.6 billion in funds for the investigation and prosecution of violent crimes against women. Additionally the Act imposed mandatory and automatic restitution on those convicted while allowing for civil remedies in cases that were not prosecuted. The Act also created a separate department within the Department of Justice: the Office on Violence Against Women. In 2000 and 2005 Congress reauthorized the Act. Under VAWA, many additional programs were created such as: legal aid to victims, community violence prevention, services and additional programs for victims with disabilities, additional safeguards for victims who lose housing due to violence or stalking, programs for immigrant women, and additional funding for for services such as hotlines and rape crisis centers.

Check Out the Department of Justice's Office on Violence Against Women Blog for recent news and issues in domestic violence.

Stats from the White House 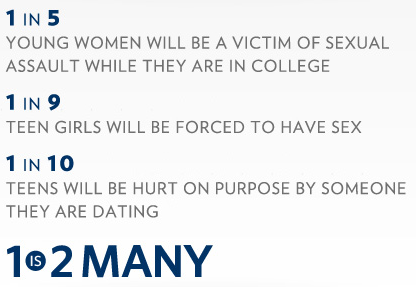 1 is 2 Many Video from the White House & OVW