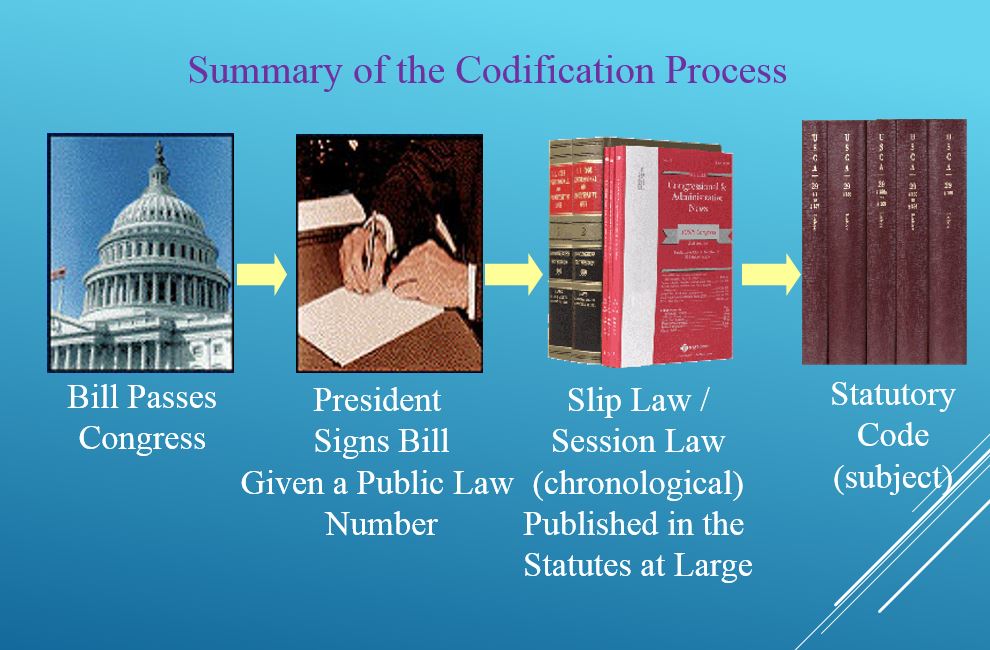 Statutes at Large on HeinOnline

The United States Code in Print

United States Code is the official version of the federal statutes. It is organized topically and provides the text of the statute as well as a legislative history note. There are 51 titles in the United States Code.

You can search the U.S. Code by using the Index, Table of Contents, or the Popular Name Table.

The United States Code is updated with an annual supplement. 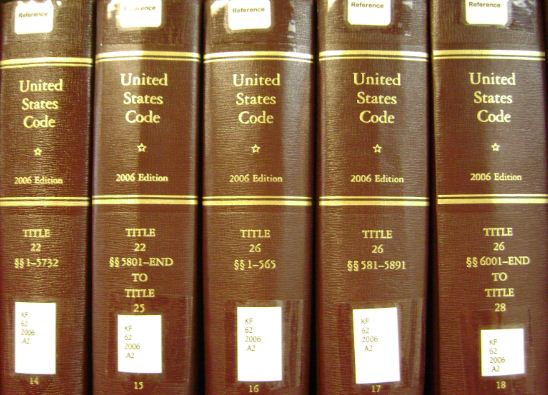 Statutes at Large is an official publication organized chronologically (as opposed to topically).  Each set includes the text of the acts, a subject table, and popular name table.

Many acts are given titles such as the Affordable Health Care Act or the Patriot Act. Sometimes acts are named after the legislators who authored the bill or in honor of someone such as the Dodd-Frank Act or the Lilly Ledbetter Fair Pay Act. These titles are the popular names of the act. The Popular Name Table provides a list of all named acts and points you directly to their location in the United States Code.

After many years of only 50 titles, there are now 51 titles in the U.S. Code.  The fifty-first title is, "National and Commercial Space Programs."  Remember to check the coverage of the resource you are using, whether print or electronic. Finally, remember to always update/KeyCite/Shepardize your research.

Office of the Law Revision Counsel

The text of the U.S. Code is also located on the Office of the Law Revision Counsel webpage.  The page includes a variety of helpful resources. 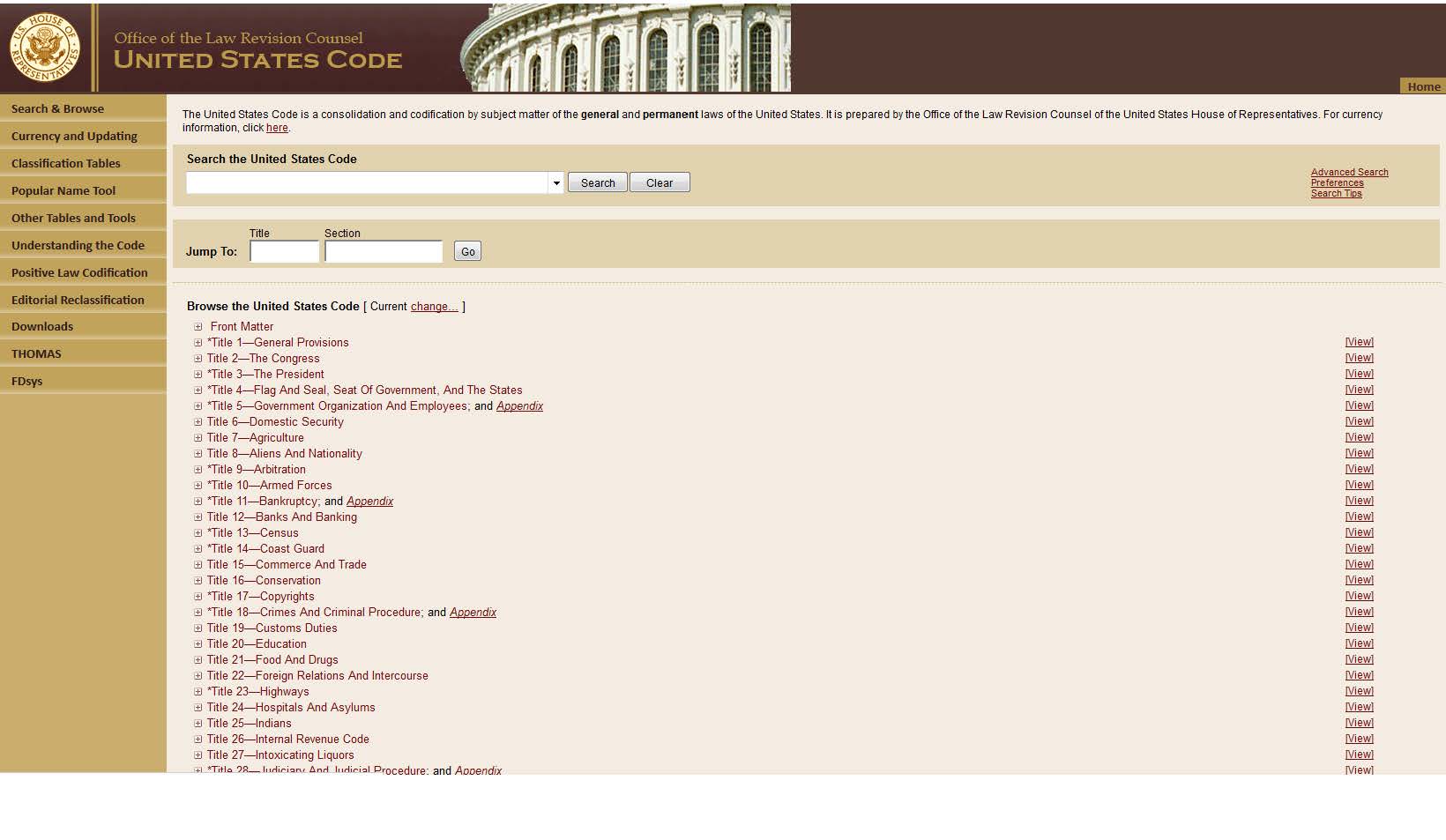